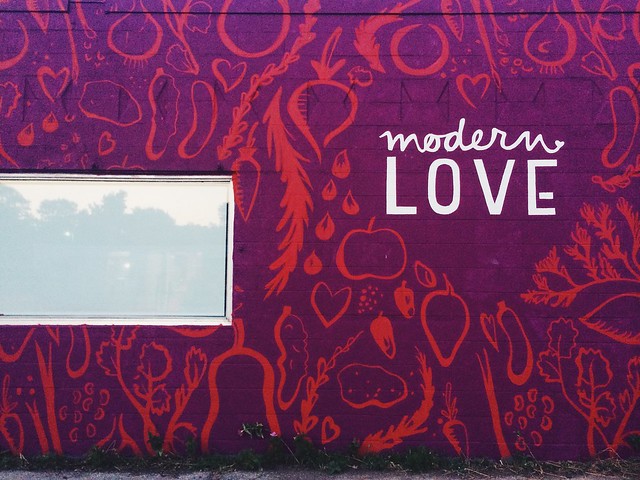 100 years in the making, Modern Love, Omaha’s first full-service Vegan restaurant opens this Tuesday! Last week, Isa Chandra Moskowitz ran through some test dinners to train the staff and to get feedback from diners. I was at a couple of the dinners, one of them being the Vegan Omaha First Tasting. I’m pretty biased in all this, but Isa really pulled it off. Sure, there will be growing pains, but all in all, Modern Love has exceeded any and all expectations. 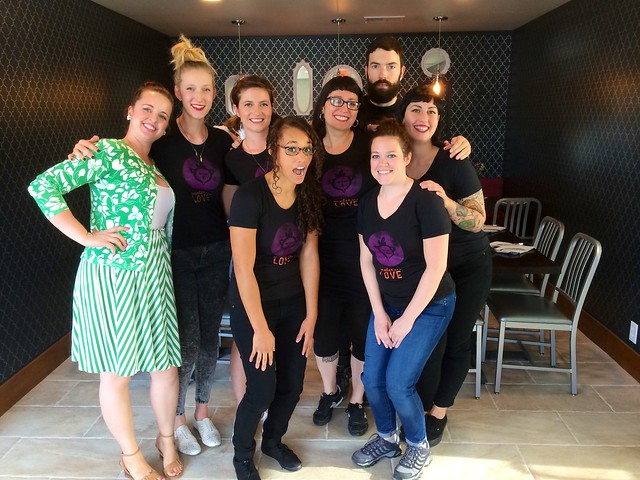 This is your opening night crew! Everyone is very enthusiastic to work with Isa (or so they say) and they want you to have to best dining experience possible. 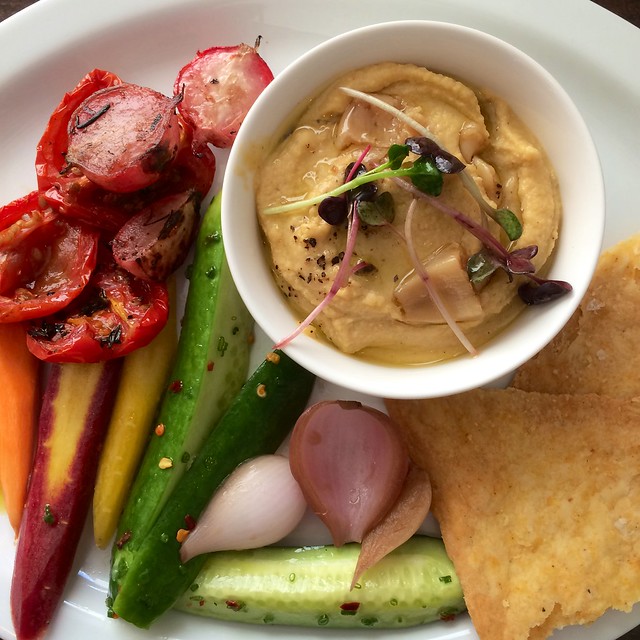 Farmer’s Hummus is possibly my favorite dish this month, (the menus are monthly, and rotate due to seasonal produce.) So much flavor in the veggies and the flatbread and hummus are a tasty treat. 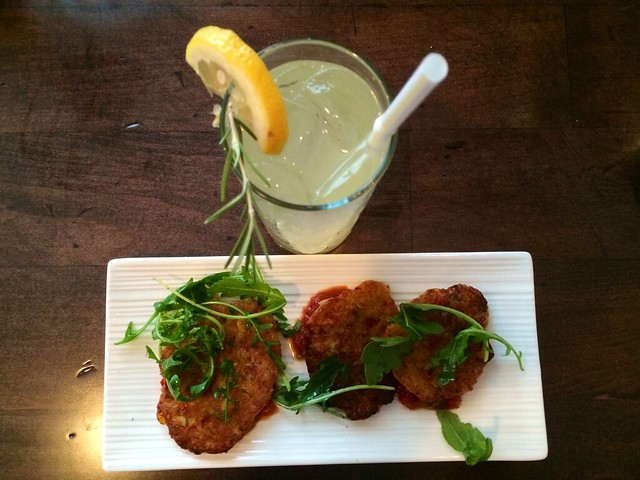 The Jalepeno Corn Fritters melted in my mouth and the Rosemary Lemonade quenched my thirst. 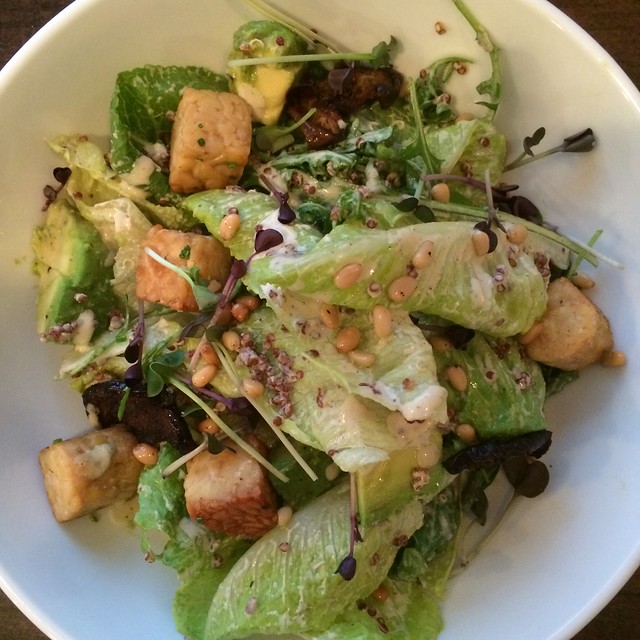 The Quinoa Caesar was a solid, filling salad, topped with tempeh croutons. 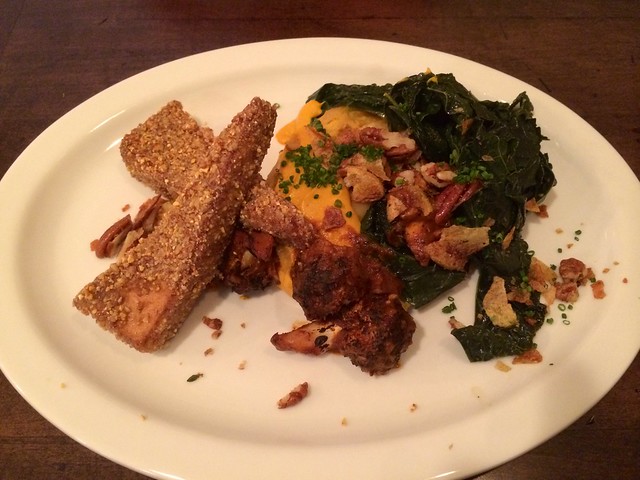 The Mac & Shews is the Vegan/Gluten Free spin on classic Mac & Cheese. It also includes Pecan Crusted Tofu and Kale. 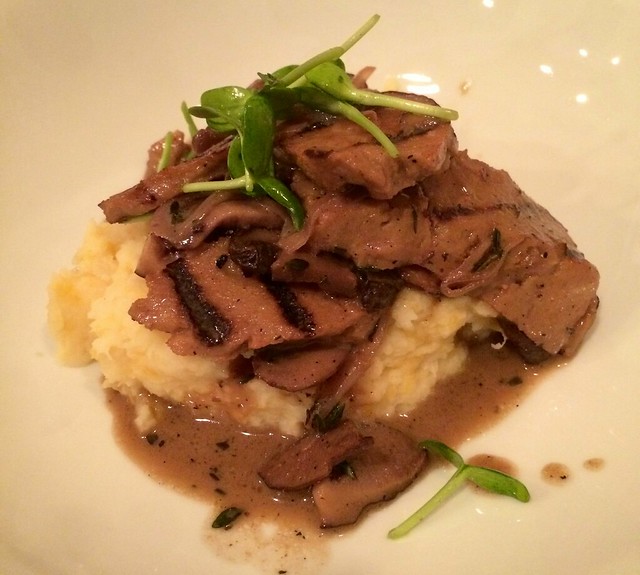 Sure to satisfy any carnivore, the Seitan Marsala is out of this world. Possibly the best seitan I’ve ever had. Mashed Potatoes with Red Wine Mushroom Sauce doesn’t hurt either. 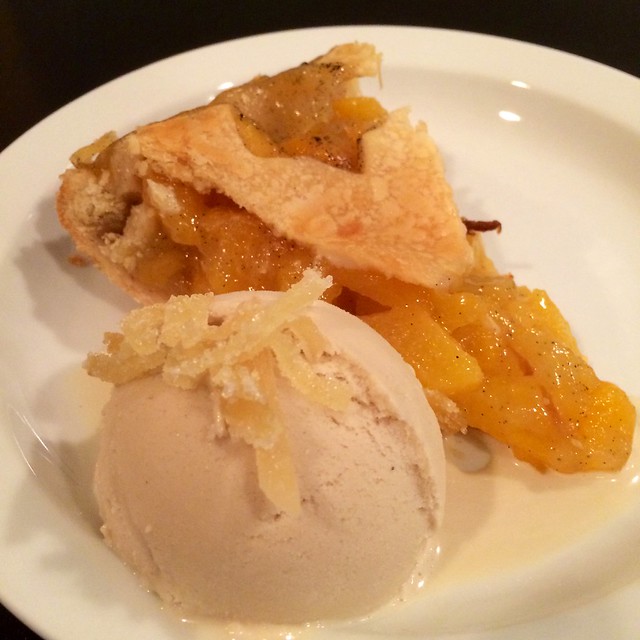 Sure to be the best Vegan dessert in Omaha, Modern Love is baking their own pies, tarts and cheesecakes. Pies will rotate seasonally, served with homemade ice cream. Tonight’s selection was Vanilla Bean Peach Pie with Ginger Ice Cream. Sooo good! 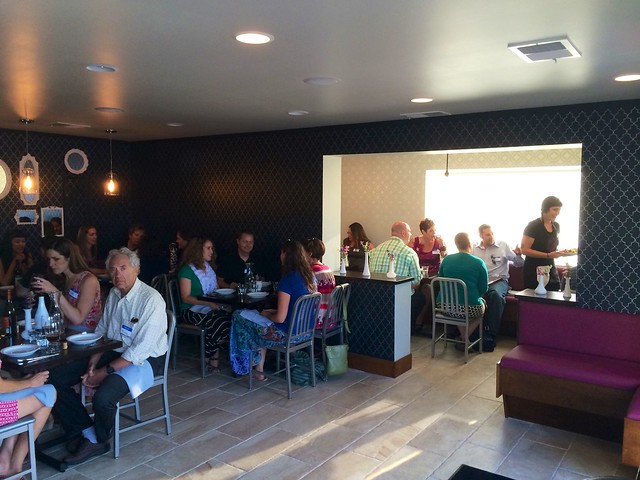 The night of the Vegan Omaha Meetup, all the employees kicked butt and were super friendly. 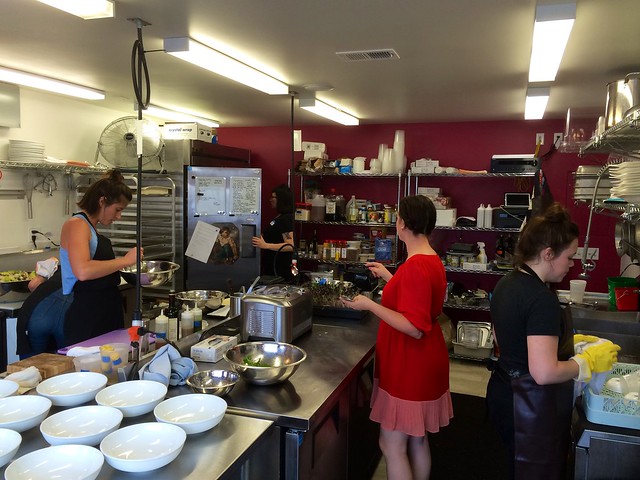 The kitchen is small but efficient! 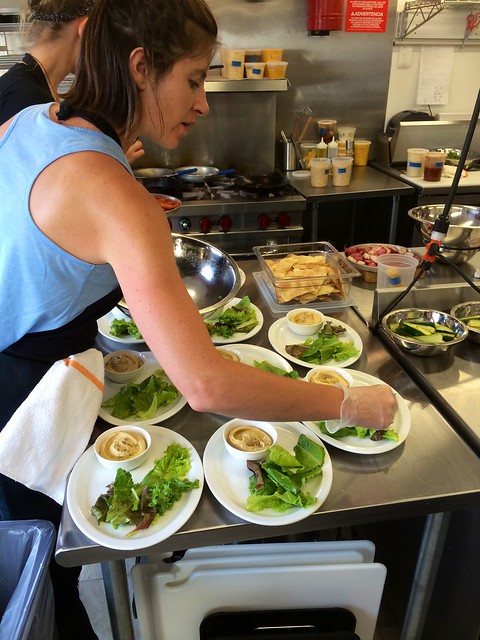 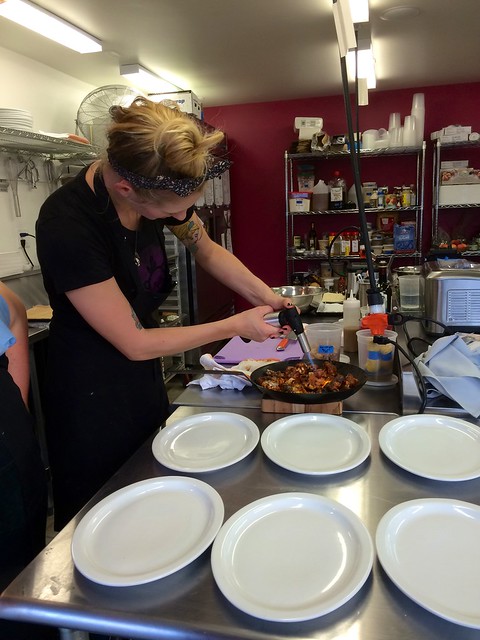 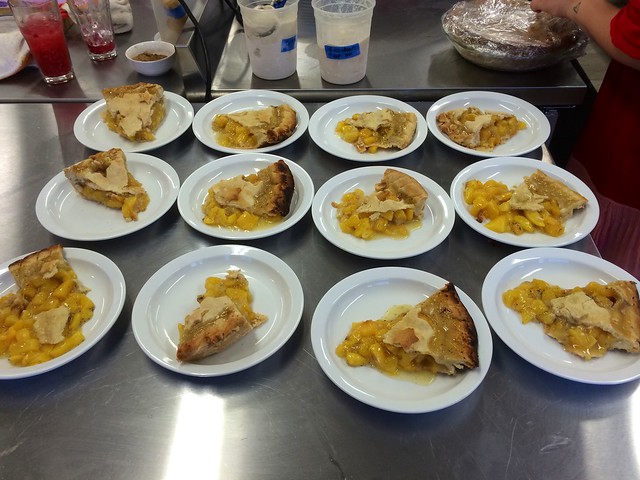 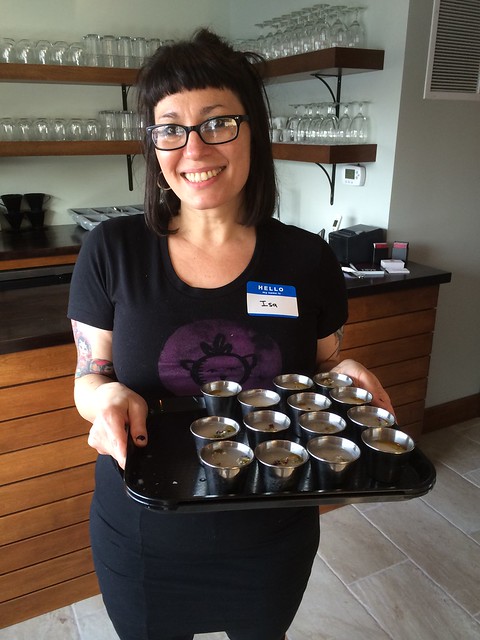 Congratulations Isa! Modern Love is amazing and I can’t wait to taste all of the delicious food that I will stuff in my mouth.